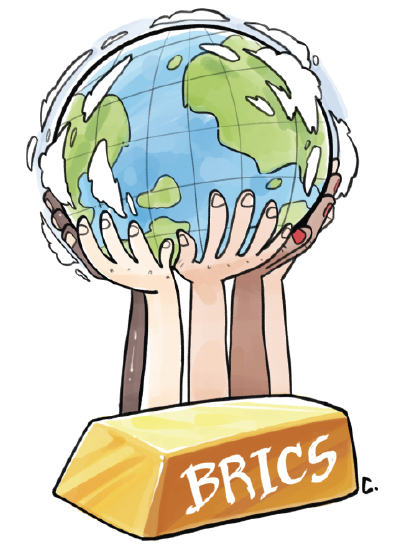 Recent uncertainties and relative deceleration of growth in BRICS states may have cast a doubt on the group’s potential to transform the global governance structure. Yet experts agree that it is still the most powerful locomotive for strengthening South-South cooperation.

Questions have also been raised about whether rapidly growing economies such as China and India and their expanding foreign investments, especially the China-proposed Belt and Road Initiative, would undermine the puritan dictum of South-South cooperation that propagates “de-linking” less-developed economies from the exploitative global North. Even the expanding foreign aid from China and India has been questioned, as many fear it might compromise democratic and human rights in developing countries, because the aid comes with no strings attached.

Since China and India are also investing in advanced industrialized countries, will their actions dilute BRICS’ commitment to South-South cooperation?