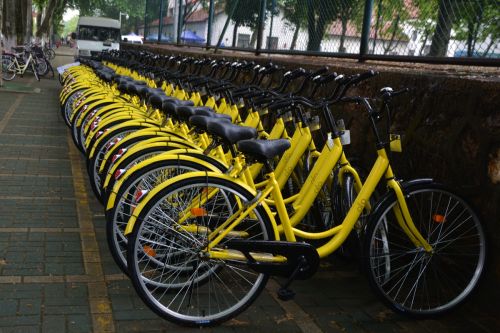 The intense competition in the bicycle-sharing business in China, which observers said would end up with a Didi-Uber merger as early as March, has now officially “gone global”. Chinese bike-sharing startup Mobike is set to introduce 1,000 bikes to Manchester and Salford in the United Kingdom on June 29 in a bid to the European market.

Mobike made the decision just a week before an executive meeting of the State Council, China’s Cabinet, on Wednesday approved a guideline on boosting China’s sharing economy. Chairing the meeting, Premier Li Keqiang said that during his visits to several countries, leaders there welcomed Chinese bike-sharing companies to explore the local markets.

Capital has poured into China’s bikes-sharing business over the past year. Thanks to its success in grabbing early market share, Mobike has acquired $600 million in its latest fundraising bid led by Chinese technology giant Tencent Holdings Ltd. In March, the Beijing-based company deployed 500 shared bikes in Singapore, where its chief rival Ofo, which has also conducted small trial runs in the UK, started operation months earlier.